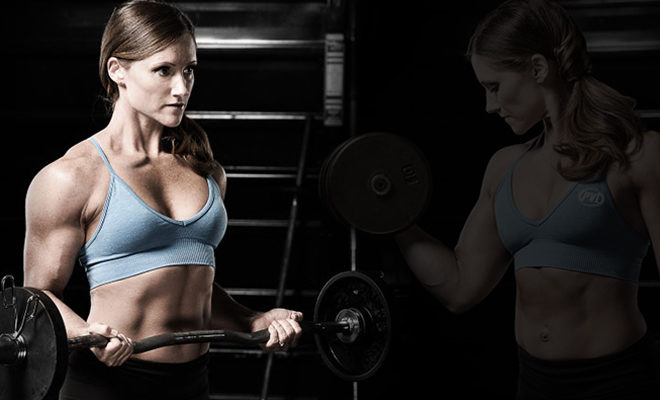 My story isn’t that much different than most others, but what I hope to impart on you is that setting goals and having a drive to feel successful can take you places in life you would never expect (including being a monthly contributor to an incredible Canadian fitness- focused magazine!).

I’m 37 years old and wear many hats in life in my roles as a wife, a police officer, an IFBB pro figure competitor, a small business owner, and a very proud mommy of one beautiful little girl. I’ve always been a very active person and grew up playing pretty much every sport possible, with my main sporting focus on competitive swimming and rowing.

I discovered the gym at 21 years old through my best friend who had started her fitness training to become a RCMP police officer. At this point, I really was clueless in the gym but worked hard following her lead and read fitness magazines religiously to learn how to navigate my way around the gym. Around this time, I remember flipping through the channels on TV and pausing on a televisedfitness competition; my interest was peaked. All throughout my 20’s and early 30’s, I became more and more interested in fitness competitions but never thought I could “do the diet” and therefore, never committed myself to a competition.

What pushed me to start training for my first competition in 2010 at the Western Canadian Championships in Kelowna, British Columbia was my husband and a trainer at my gym. For years, this trainer had suggested I compete because he believed I had “the perfect structure” for the sport. To be honest, I was very excited to start the competition prep and really just needed that last 5% push of support. My husband actually booked the appointment without me knowing and told me when and where to be! This is when it all started- January 2010!

Newly married and in full swing of prep for my first novice show, my husband and I were also actively trying for a baby. If it happened it happened and, if not, so be it was our mindset at this point in time.

After having a very successful competition season in 2010 where I earned two overall titles at Western Canadian Championships and BC Provincial Championships and then a first place at the Canadian Nationals, I welcomed a strong off-season with the goal of Nationals 2011. I eagerly jumped into hard training, only to learn three months later that I was pregnant. I have to be honest and say that I had mixed feelings about being pregnant and I will clarify because I’m sure you’re all thinking what the heck is she talking about, you’re pregnant you crazy woman!! This baby was very welcomed but in being a very goal-oriented person, I was a little disappointed that I would not be achieving my hard driven goal of Nationals 2011. Reorganizing my goal mindset from “competing” to “building a human” was a big challenge and took about months and months to completely accept. If you are at all goal driven I’m sure that you can relate.

While I was busy building my tiny human, I learned that the Figure Nationals 2012 would be held in my own bac yard here in British Columbia. Oh yes, the goal of stepping back on stage was made!

My tiny human arrived via C-Section on September 9, 2011 and I was fortunate enough to heal quickly. I was back in the gym at seven weeks postpartum for a short but extremely exhilarating session of pop squats, speed walking with my stroller, and push-ups. I slowly eased my way back into training until I was in full prep for Nationals. Knowing how overarching competing can be, I made a promise to myself that this had to fit into my life and that I wasn’t going to fit my life into competing. I feel a great deal of pride in knowing that I made it work and along the way I realized what true grit and determination I possess.

My prep for the Canadian Nationals 2012 was incredibly challenging due to the fact that I had some baby “fluff” to get rid of and I also had to gain back the muscle I had lost due to the lack of hard training during the pregnancy. This didn’t stop me! Once I had figured out the mommy thing and had a routine it was “grit” time!

The night before Nationals, I felt so settled within myself and my journey that I said to my coach, “I already feel like I’ve won because I made it here; I’m ready. Whatever happens tomorrow is icing on the cake.” I woke up the next morning with a smile on my face and an even more settled and content feeling in my heart.

On stage that day I won 1st place and the overall pro card in Masters Figure then repeated it for the Open Figure category. I was beside myself with complete and utter awe and thought to myself, “Oh my gosh, two pro cards? Did that really just happen?” The moment on stage was just as I had visualized everyday during each rep and each step during cardio. Don’t ever underestimate the power manifestation!

After winning my pro card I immediately moved into the pro level of competition, in specifically, the Toronto Pro Show. It was here that I had the opportunity to meet the Director of Marketing for FitFoods. At the time, little did I know who and what he did but let me just say to you that first impressions are everything. As a result of this very brief friendly conversation an incredible endorsement sponsorship was born. I have the incredible opportunity to be one of the three faces for a huge Canadian supplement brand, PVL, have help regular women embrace their strength and confidence in their fitness. Along side with PVL, I am a sponsored by the Suit Lady for my gorgeous competition suits.

What motivates me is knowing that I’m creating a better version of myself inside and out and that I can inspire people by doing what I truly love. 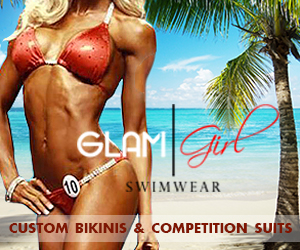