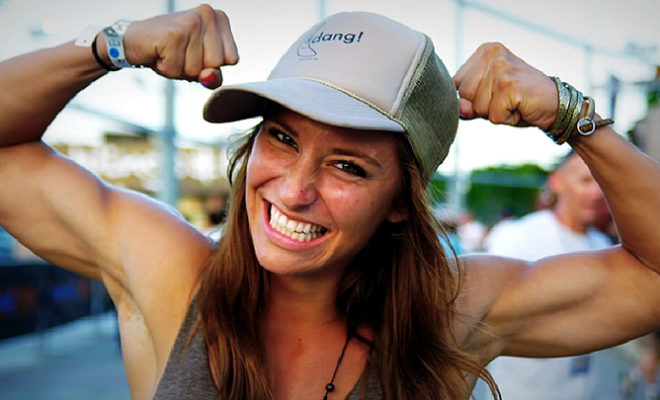 As a neophyte Crossfitter, I have developed a passion for the sport itself, but more importantly, it has helped me acquire a new-found appreciation and respect for athleticism as a whole. As a bodybuilder, supersets and trisets used to be the bane of my existence; rope-pushdowns with dumbell kickbacks?! That’s what I used to call a burnout set. Until Crossfit had me do 3 hang power cleans + 7 Burpees for as many rounds as possible IN TEN MINUTES?! WHAT?! Are you picking up what I’m throwing down here?! This is one intense sport. That, by way of introduction, brings me to my #GirlCrush of the month: Andrea “Agerbomb” Ager.

According to her stats on the Crossfit Games website, this little spitfire is 5’9″ and 140lbs. … of pure muscle. Not only is she gorgeous with an insane body, but she’s a prime example of sportsmanship and rectitude. I won’t go into details about the so-called scandal/controversy at the 2013 SoCal regional (where a misstatement by a judge led to Andrea not completing a particular event, and as a result, her withdrawal from the competition altogether). Her demonstration of integrity led one author to write: “Ager’s decision to withdraw from the 2013 SoCal Regional, after she was given a public pass from CrossFit HQ itself, is arguably the most selfless decision made by an individual athlete in the history of CrossFit as a competitive sport.” That’s saying a lot. That deserves respect. 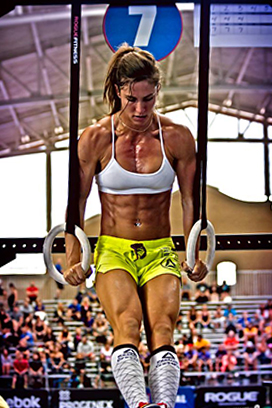