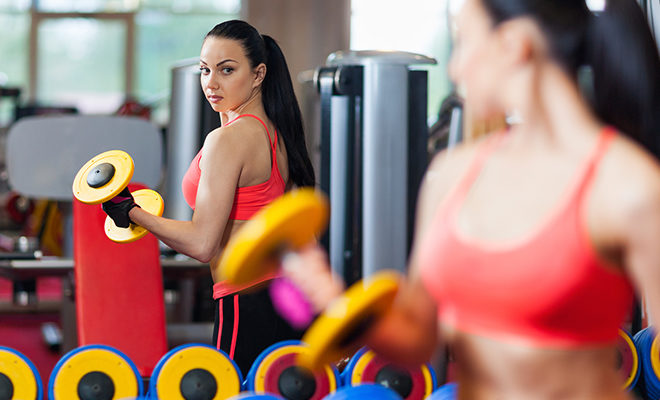 When the terms “body image” and “eating disorder” are heard, typical thoughts surrounding anorexia, bulimia, and females who are at dangerously low body weights arise. With 90% of anorexia and bulimia cases occurring in females, these thoughts are not too far from the truth (Statistics Canada, 2012). However, in today’s evolving society, body image is of concern for males and females alike.

In general, body image refers to someone’s view and attitude towards their own appearance. These thoughts and feelings can easily be influenced by outside sources such as the media, family, and friends. When these thoughts become consistently negative, mental health issues such as anxiety or depression may be triggered. In an effort to regain control and change their own view of themselves, a person may start to take drastic measures like restricted or binge eating, excessive exercise, or purging.

Referred to as the opposite of anorexia, muscle dysmorphia is a relatively new body image concern, but is quickly on the rise.  In cases of general body dysmorphia, a person can be unhappy with a particular feature, such as their nose, or with their overall physical appearance, but are unable to accurately see themselves as others do.

With muscle dysmorphia, focus rests on the need to have a muscular physique and look “big”. This case of dysmorphia will lead a person to always see themselves as small and thin, regardless of how large and muscular they become. A resultant drive to grow can quickly become an obsession and interrupt day-to-day life tasks and relationships. Being in the gym to strength train is the priority, and other extreme measures, such as using anabolic steroid or receiving muscle implants, may be taken to reach their goals.

This body image concern has also been coined “manorexia” as it primarily affects men, especially those in appearance-based sports such as bodybuilding. It’s estimated that 10% of competitive bodybuilders have muscle dysmorphia (Alliance for Eating Disorder Awareness, 2013). With the sport of bodybuilding growing more popular, this disorder has been found in women as well, but at a lower percentage.

Bigorexia is largely undiagnosed because the resultant physique appears healthy, versus other disorders when an unhealthy bodyweight is the outcome. Treatment for this issue relies on cognitive behaviour therapy with a trained professional, possibly combined with the use of antidepressants as many patients are also diagnosed with clinical depression.

Can You Eat Too Clean?

The term “clean eating” gets used a lot among the health-conscious and fitness competitor crowds. While there isn’t a set definition for this practice, the premise lies in eating only foods deemed “clean, healthy, or natural” such as lean proteins, vegetables and fruits, and certain carbohydrate sources. Clean eaters shun the idea of processed or packaged foods because they don’t fit into their list of permissible foods.

It’s always advisable to eat high quality foods, like those mentioned above, but it is possible for a focus on health to send someone down an unhealthy path. When the need to completely control one’s diet starts to take over their life and begins to pose health risks, it falls into disordered eating – a clinical problem.

Orthorexia nervosa is the newest kid on the block in terms of eating disorders. In fact, it’s so new that it hasn’t been included in the DSM-V (Diagnostic and Statistical Manual of Mental Disorders) yet. In contrast to other eating disorders, orthorexia leads to a focus on personal health rather than body image.

Orthorexia starts in an attempt to be mindful of healthy eating practices, but quickly spirals into a very rigid and short list of acceptable foods. In an effort to only ingest “good” foods of the highest quality, the patient rules more foods off-limits for a variety of reasons. If an off-limit food is eaten, the patient may “punish” themselves with even more strict guidelines in an effort to rebalance their day.

The problem with this disorder is that when so many foods are ruled off-limits, the patient can easily become deficient in calories and many vitamins and nutrients. The irony is that what starts off as a health promoting behaviour becomes detrimental to overall health and well-being.

Many factors can spark this disorder. Wanting to improve personal health can be the first step on a path toward clean eating, but a few other factors may limit someone’s food choices and cause this initial healthy intention to spiral out of control; these factors may include fear of food security, religious beliefs, need for control in aspects of life, or desire to create a personal “health identity”.

Treatment for orthorexia can be complicated due to the large number of reasons a person has developed the disorder. A professional trained in eating disorders should be consulted for behavioural therapy where the goal is to increase the food variety and help the patient relax their views on certain food groups.

The landscape of body image issues is changing. Seemingly “healthy” behaviours now have the potential to become serious concerns when taken too far. These are issues with potentially damaging outcomes if not treated properly. For more information on eating disorders, the National Eating Disorder Information Centre (nedic.ca) is a great resource with a toll-free help line. Additionally, talk to your primary health care provider if this article resonated with you or someone you know, as they can refer you to an appropriate specialist in your area.

Remember, everything in moderation! Exercise and eat well because you love your body.

Ashleigh is a national level women's physique competitor with a Masters degree in Human Kinetics. She puts her passion for the fitness industry to good use - she's a health promotion specialist, group fitness instructor, competition prep coach, and loves to apply her education through research and writing. In her free time, she can be found training at the gym with her husband, or spending time with her dogs. 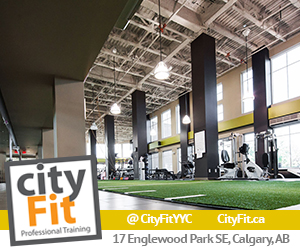